The US is based upon federalism and, for that reason, laws are created at the federal, state, and municipal level. With regards to knife law, this makes things particularly tricky since a certain knife can be legal in one state and illegal in the next as well as legal in one county and illegal in the neighboring county. The infographic below highlights where certain knives are legal and illegal at the state level. This article goes on to explain some common misperceptions about knife law in the US. 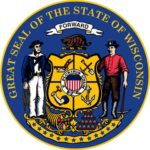 Wisconsin knife laws are long, wordy, and difficult to understand, even for someone trained in the law. This article takes the law and puts into clear and concise, plain English, so that anyone can understand what is legal and what is not when it comes to owning and carrying knives in the state of Wisconsin. Read more… 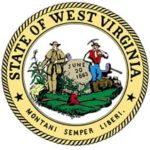 West Virginia knife laws are full of legal ease that makes them difficult to understand. This article takes the law and puts it into plain English so that anyone can understand what is legal and what is not when it comes to owning and carrying knives in the state of West Virginia. Read more…

Washington knife laws are vague and difficult to piece together. This article puts all of the laws together in an easy to understand way, so that anyone can figure out what is legal and what is not when it comes to owning and carrying knives in the state of Washington. Read more… 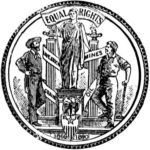 Wyoming knife laws are very short and rather vague. This article pieces together the statutes and case law so that anyone can understand what is legal and what is not when it comes to owning and carrying knives in the state of Wyoming. Read more… 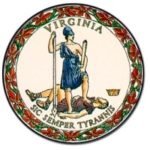 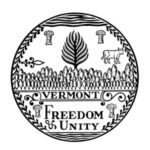 Vermont’s knife laws are almost nonexistent, making it very difficult for someone without legal training to find them. This article takes what laws Vermont does have, and puts them into plain English so anyone can understand what is legal and what is not when it comes to owning and carrying knives in the state of Vermont. Read more… 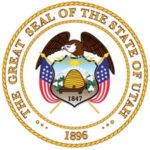 Utah knife laws are vague and may be difficult for those who have not had formal legal training to understand. This article translates both the statues and the case law into easy to understand plain English so anyone can figure out what is legal and what is not, when it comes to owning and carrying knives in the state of Utah. Read more… 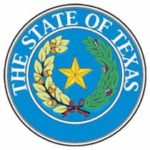 Texas knife laws are mostly found in the Court’s decisions, or case law, as the statutes are short and do not provide much information about what any of the terms mean. This article summarizes the case law and the statutes so that anyone can understand what is legal and what is not when it comes to owning and carrying knives in the state of Texas.

Tennessee knife laws can be difficult to understand, due to the legislature’s vague language and the Court’s reluctance to offer definitions of the terms used in the statutes. This article will track down the law and explain it with clear language that makes sense to everyone.

What is Legal to Own

What is Illegal to Own

Tennessee Code § 39-17-1302 makes it illegal to own a switchblade knife or any other implement for the infliction of serious bodily injury or death, which has no common lawful purpose.

Definitions of Various Types of Knives

Tennessee statute defines a knife as any bladed hand instrument that is capable of inflicting serious bodily injury or death by cutting or stabbing a person with the instrument. Switchblade is defined as any knife with a blade that opens automatically by hand pressure applied to a button or other device in the handle or by operation of gravity or inertia. No other knives are defined by Tennessee statute or case law. Butterfly knives are mentioned in several Appellate and Supreme Court cases in Tennessee; however, the Court does not offer any type of definition for a butterfly knife.

Tennessee statutes do not define “intent to go armed”, however the phrase has been the subject of several appeals. As early as 1889, the Supreme Court of Tennessee recognized, in Moorefield v. State, that carrying a pistol to and from a hunting trip, was not intending to go armed. In 1957, in the case of Hill v. State, the Tennessee Supreme Court stated, “We gather the purpose of going armed from the facts of each particular case.” In 1976, the Court of Criminal Appeals followed the Hill decision, in Cole V. State, holding that the necessary intent to support a conviction for carrying a weapon, the intent to go armed, may be proven by the circumstances surrounding the carrying of the weapon. The Court also stated that the mere carrying of a weapon did not deprive a person of the right to presumed innocent. In 2002, in State v. Neely, the jury found that Mr. Neely was guilty of possession of an illegal knife with the intent to go armed, after a knife was found in his car, which contained various items of personal property. While Mr. Neely argued that the knife was simply kept in his car, along with other items he owned, the jury found that because Mr. Neely had recently threatened his girlfriend, he could have been carrying the knife in order to make good on his threats. The Court, agreeing with the jury, upheld the conviction.

Defenses to Unlawful Possession or Carry

Certain government employees may also have a defense to the unlawful carry or possession of a weapon.

Penalties for Unlawful Possession or Carry

It is illegal to own or carry (either openly or concealed) a switchblade knife.